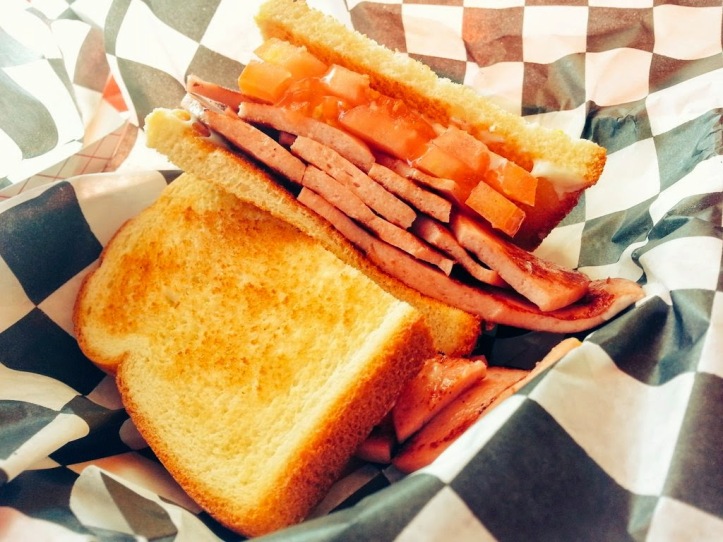 When I was a kid we ate some weird stuff. I was a big fan of Deviled Ham and butter on toast. I LOVED fried SPAM. But my favorite was when my dad would take the time to fry up a bunch of Bologna and make sandwiches.

I never see fried bologna on a menu until I stopped by my favorite Cypress restaurant, Joe Schmoe’s. The sandwich was great, the crunch of the toast, the salty thick bologna was stacked higher than I’ve ever imagined possible.

If you don’t want this sandwich, try one of their hotdogs or their frozen custard. It’s worth the drive to eat at Joe Schmoe’s in Cypress on Moody.